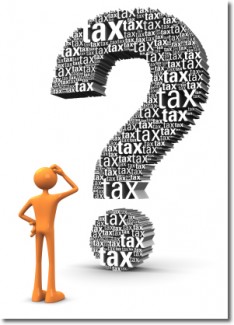 April 18th is drawing near, which means your 2010 taxes are due. Hopefully, your return is complete and you are basking in the glow of accomplishment. But don’t relax just yet, for you may not be done. If you are required to make estimated payments for tax year 2011, your first payment is due April 18th as well.

Our tax system is a pay-as-you-go system, which simply means the IRS likes to receive tax revenue throughout the year. If you chose not to pay into the system throughout the year, you may be assessed an underpayment penalty, so it’s important to make estimated payments when required.

Who has to make estimated payments?

When are estimated payments due?

The 2011 quarterly estimated tax payment due dates are:

As I have stated many times throughout my blog postings, it’s extremely important to manage taxes from a proactive standpoint. Estimated payments allow for proactive management of our tax liability by changing the amount of payment applied to each quarter. I should note that this should be handled carefully, because making estimated payments does not  eliminate the possibility of running into an underpayment penalty. The amounts paid quarterly need to meet certain minimums based on income. It’s fairly complex. This is why it is important to work with a professional when it comes to tax planning.

If your 2010 tax return is complete and you are required to make estimated payments, don’t rest just yet. Send in your first quarterly payment, no later than April 18th, and position yourself for a successful 2011 by proactively managing your tax liability.

This entry was posted in Financial Planning, Taxes and tagged Taxes. Bookmark the permalink.

3 Responses to Estimated Tax Payments: Should I Pay Quarterly?