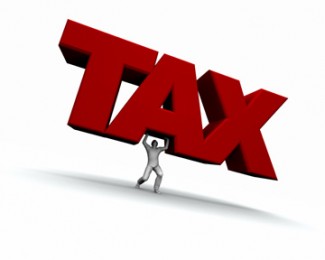 I have been asked by quite a few of you about the TN Sales and Use Tax. Many of you have received an email from Amazon (or Amazon affiliates) regarding online purchases and the TN use tax due. There has been recent legislation regarding out of state purchases here in TN. Matter of fact, new legislation was signed into law March 23, 2012 to solidify the state’s position to collect use tax (sales tax) on out of state purchases.

Although the “use” tax language has been around since 1947, the recent changes have propelled this to the forefront, especially with Amazon. The connection to Amazon makes sense due to the giant tax relief TN has extended to Amazon to open a facility here in the state. Maybe this is one way Amazon is giving thanks back to the state.
What is Use Tax?

Simply put, use tax is essentially the same as sales tax. Sales tax is charged by merchants, retailers, and other organizations at the point of sale. Use tax is a tax imposed on products purchased out of state which had no sales tax charged against it. Again, use tax is a tax (sales tax) charged against an item purchased out of state but “used” in TN. Most use tax issues will come from purchases made from online retailers with no sales tax paid, such as Amazon.

Why now?
Again, it makes sense why the state is now pursuing this more aggressively. Recent gift tax laws have changed, which will reduce revenue to the state. All of this, when the state needs money, points to the fact that TN is going to get more serious about collecting use tax.

How do I file?
I can actually discuss the use tax return first hand, for I filed my own use tax return last week. The filing is very simple and can be completed online with this link: https://apps.tn.gov/usetax/

Filing Facts: What’s needed?
You will need personal info, such as name, address, and SSN. You will also need the total amount of purchased made from out of state. For those who received the email from Amazon, the amount in the email is the total. There is a section on the return which ask how many purchases where made and the date. After speaking with the state, I have learned it is okay to combine purchases, as well as insert any recent date for the date of purchase.

The online form is very simple to complete, and the tax is automatically totaled. Please note when filing online you only have a couple choices of payment. Credit Cards are accepted (all but VISA oddly enough), but there is a 2.49% processing fee. You may also pay with a bank draft, which was my choice. The funds will be pulled directly from the checking or savings account of your choice.

While we don’t enjoy writing a check to the state for additional tax due, we also need to be aware that this is also an effort to protect local merchants and retailers. Another bit of news on this topic: Amazon will begin to charge TN sales on purchases soon, if they aren’t already doing so. This means the Amazon issue will be a onetime occurrence. Other out-of-state purchases (with no sales tax charged) will still be subject to use tax though.

The bottom line: If you owe use tax, it’s important to pay it. It’s better to pay it now than to have it jump up and bite you later.

4 Responses to TN Use Tax